Most of the time Backend Devs write their code for the servers that host websites. These scripts tell the server what to give the browser when it comes asking for things. You can imagine this conversation between a browser (often refered to as the "client") and a server. 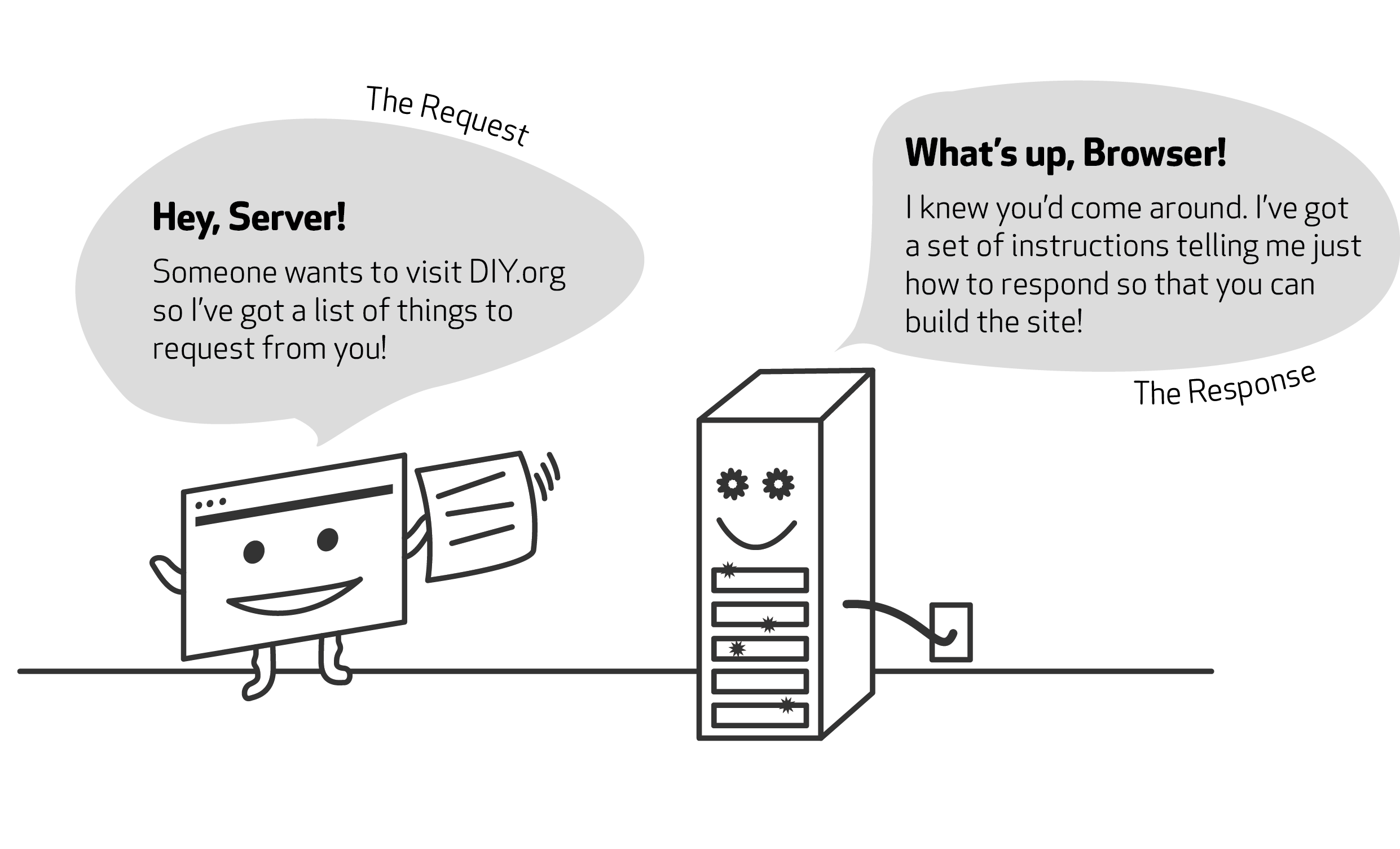 This type of conversation runs the gammit from handing off the HTML for a site to storing information in databases and giving it back when it's requested (like when you log in to DIY and it pulls up your account, your favorites, your followers...).

There are a few backend (also called "server-side") coding languages: PHP, Python, Ruby and Node. Backend Developers usually specialize in one. We're going to build the challenges for this Skill with Node.js. We're quite partial to Node.js here at DIY - our site is built on it. It's also just javascript, which you learn in the Frontend Developer Skill and which makes for a unique situation: know one langauge and you can program in two environments, the browser and the server. You can read more about what makes Node.js special here.

You can double check your install was sucessful and see what version of node you have by opening your Bash and type:

It should return your version number to you.